Reflections on three years of Digitization

The last three years Sander was our Sales and Marketing manager. He continues his journey separately from Teqplay. In his final blog Sander shares his reflections. We thank Sander for his effort and contribution and his final blog and wish him the best of luck in his new challenge. 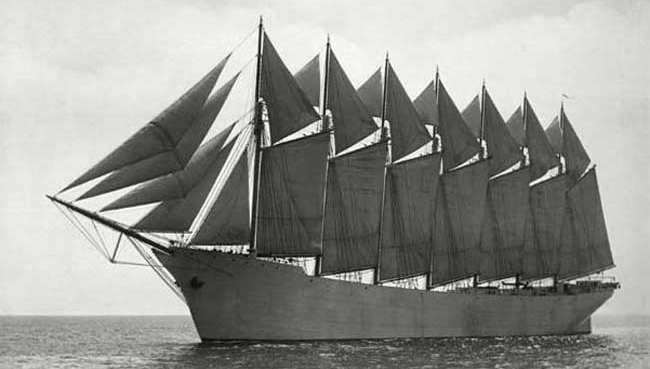 Around Christmas, it is tradition to reflect and look back on the past year.
In my case the reflections will be over the past three years, as I have accepted a new challenge in the field of digitization. Let me take this opportunity to tell you more about my observations on the maritime industry and the chances that I see to further improve.

Agencies, the conflict against traditions

When I started at Teqplay I immediately learned that a lot of actors are scared about digitization. Especially in the agency field, there is a lot of reluctance to digitize.
Not because they don’t want to, but more because it is impossible to estimate the consequences for the business. And I understand that. Doing something the same way for 20, 30 or 40 years gives a feeling of comfort and something to hold on to.
From this uncertainty, it is easy to resist. Often, it was not with this reason, but wrapped up in other arguments, especially by questioning the reliability of digital solutions.
What did come up, and sometimes still comes up, are comments like ”This cannot be digitized” and ”We will/cannot trust the system”. And so started my adventure back in 2019.

Luckily I found mentors within the industry; mentors who I like to call my friends now.
And so my adventure began and I got a deep dive into shifting, congestion, the dynamics of chartering and demurrage. And so I planned my first meetings in the region, promising better rates and improved insights. At the time not much to show for, only a strong promise, and a reporting market presence (in the ARA region) of less than 15%.

Believe me when I say that I’ve had my share of challenges. Digital reporting and informed decision making requires a different state of mind. We did not only introduce an alternative way of working, but at the same time we also started to disrupt long standing pricing models. If not for all the other achievements, I’m at least very proud to say that after our arrival customers ”suddenly” paid 60% less for reporting than before, regardless of their provider.

Fortunately, I encountered parties on my path who also realized that making data-driven decisions is the way to remain competitive in the future. Data that used to take hours became available at the click of a computer mouse, and insights that used to be “gut feelings” were now advised based on accurate ETA’s and full insight into where the players were on the maritime playing field.

In all honesty, I think that most of our early clients started conversations with us due to the favorable rates. They were keen to learn more, and at least understand, how it was possible that we provided reporting 60% cheaper. It was only after multiple conversations, demos and trials that they understood that we did not only provide a solid replacement, but also were able to provide the sought additional insights on infrastructure, suppliers and terminals. And so we grew, and piece by piece, client by client, the three years brought us a generous 50+% market share in today’s reporting business.

Digitization, courtesy of a pandemic

Then 2020 introduced herself. I remember very well how I came into contact with the first measures. It was in February at the airport in Panama where I first saw that people had to submit travel declarations and their temperature was taken. I remember very well thinking, ”All this fuss about a flu wave, don’t be so ridiculous”. How little did I know back then.

As extraordinary as this may sound, COVID-19 has brought about one good thing: digitization.
Because we could no longer easily board ships, because personal contact was no longer the norm, alternatives had to be found. How do you get an overview without personal contact? How can I be sure that the deliveries that have been agreed will also take place without me being there?  This is where the power of independent data and the single point of truth showed itself. This was also the moment that many of us realized for the first time that a boarding clerk driving 80 kilometres back and forth from Rotterdam city centre to Maasvlakte 2 for a captain’s signature could in some cases be called madness.

And so I continued to learn, and we were able to support our customers better and better.

The lessons we learned in the ARA area and in the North Sea ports could also be successfully applied for the first time in other parts of the world. Precisely in those areas where there was no port community system available, we were able to offer visibility.

Governments, the difficulty of adapting to digitization

I learned that governments cannot always be called reliable business partners. With digitization on its way, I see that governments and local authorities are trying to present themselves as market players. There are three things to note here.

1. Data Sharing as driver of digitization

I think it is good that the government facilitates digitization in port communities. Providing an independent platform, or an impartial possibility to exchange data and provide guidance, is very useful. This creates more trust and encourages entrepreneurs to contribute to these digital communities.

2. Facilitation is different from taking control

In the economic hunger to be a relevant player, we too often see governments going overboard in their ambitions. They start behaving like market players. This brings with it regulatory greed and unfair competition. I wonder out loud if it is a good thing that the government wants to behave like a market player. The DNA of governments lies in making rules and enforcing them. Innovation is more often than not an integral part of this.

The biggest objection I have to governments as market players is the imposition of rules.
In all areas where we see government parties as market parties, you see rules being adapted or used to their advantage. The major disadvantage is not that the position of parties such as Teqplay is worsening, but that it slows down innovation.
Innovative products exist in the market by the grace of the customer. As long as they believe in them, and reward that belief by purchasing the product, you know you are offering a successful innovation to your customers. When a government party offers (read: imposes) innovation, the success often cannot be attributed to the innovative character of the solution, but more to the latent coercion behind it. And it is precisely this that creates a vacuum which often does not benefit the market.

At Nijenrode University, earlier this year, I took an interesting course on growth, sales and marketing. When one of the teachers – drs. Yousri Mandour – included a shipping example, my attention was drawn even more.*

The example in brief: In the late 1800s, a huge race was underway in the shipping industry. Who could build the biggest ship with the most masts? When most shipyards built 2 or 3 masters, someone built a four-master. And when that ambition was fulfilled, it took guts to build a 5-master. And in that race, mast after mast, in the year 1902 a 7-master was eventually built.  The Thomas W. Lawson.  She was used to transport oil and coal along the East Coast of the United States. The ship was wrecked in a storm on 14 December 1907.

Innovating is not a matter of “adding a ship’s mast because the competition is doing it too” or simply copying your neighbour. Because then, what is the difference between you and the competition? In this example, innovation is seeing opportunities for new techniques, standing still for a moment, and then adapting to them.

If you do not do this, your business will go down the drain. In the case of the Thomas W. Lawson, it is good to know that eighty years before her launch, the first steamship crossed the Atlantic Ocean.

So don’t stay stuck in old ways of working for too long, because it may be too late to make any adjustments.

To conclude: the team of colleagues

I have learned the most from my colleagues at Teqplay. They are all gifted talents with great problem-solving skills. This has taught me a lot, which can be summarised in: analyse and ask questions, design and validate and only then act. This curious attitude enables you to come up with solutions where others say it is impossible, and gives you the confidence that a system is indeed capable of providing good advice.

To them I say: thank you for all the valuable lessons, with such a good product and team, selling it is easy!

* Read more about this in the Dutch book: Strategie van de kreeft. Realising real innovation, a challenge many organisations struggle with. The road from dream to deed often proves difficult. Why does it almost always stop at optimising existing processes, products or services? And more importantly: how do we break through this? This book provides answers to the #Hoedan question and offers inspiration on how you can build real innovation within your organisation.