Carbon Trading: an important consideration for the shipping industry

As environmental concerns become more and more relevant, the shipping industry needs to adapt to new regulations and pay more attention to their responsibilities in the matter. This blog discusses carbon trading as applied to the shipping industry, and what this will mean.

Is carbon emission trading driving change in the shipping industry?

In the last decade, climate change and its impacts have become one of the world’s biggest concerns. In order to combat further damage to the environment, many policies and solutions have been proposed. One such solution is carbon emission trading, a market-based approach to reduce greenhouse gas pollution.

What is carbon trading?

In an emissions trading scheme (ETS), governments set a limit on the maximum amount of emission allowed, and then issue permits up to this limit. The EU ETS is the world’s first and currently biggest carbon market.

What carbon trading means for the shipping industry

Despite having been in effect for nearly two decades, carbon trading has only been recently proposed to be applied to the shipping industry. In July 2021, the European Commission proposed adding shipping to ETS starting from 2023. The scheme will be introduced gradually over a period of 3 years, allowing for the industry to adjust to the cost.

Although the scheme is planned to be implemented incrementally, the implementation will still likely present a new challenge for the industry. On top of this the cost for permits and the cost of maintaining the ETS also needs to be considered. Some in the shipping industry have voiced protest against the ETS, citing technical limitations, difficulty in management, conflict in responsibilities, and possible ineffectiveness in comparison to other methods.

For governments, carbon trading presents itself as an attractive solution when compared to direct regulations, which are both difficult and expensive to maintain. Past implementations of carbon trading have proven to be effective and shown to be a promising path toward decarbonization.

On the other hand, carbon trading relies on maintaining the market for a product that has no intrinsic value. It is tricky to create artificial scarcity and uphold such a market. Without careful monitoring, the ETS might be taken advantage of and reduce the effectiveness of decarbonization efforts.

Despite some protests from the industry, it is likely that the implementation of ETS will be here to stay. This is an important step toward a decarbonized future, and the shipping industry needs to be prepared for the implementation, including cost. Together with the trends of digitization, transparency and globalisation ETS will drive change in the maritime industry. Actionable insights and control on emissions and operational efficiency within the maritime supply chain and port call are thus incredibly important in the race to the future, and Teqplay endeavours to provide you with the right insights and tools to achieve it. 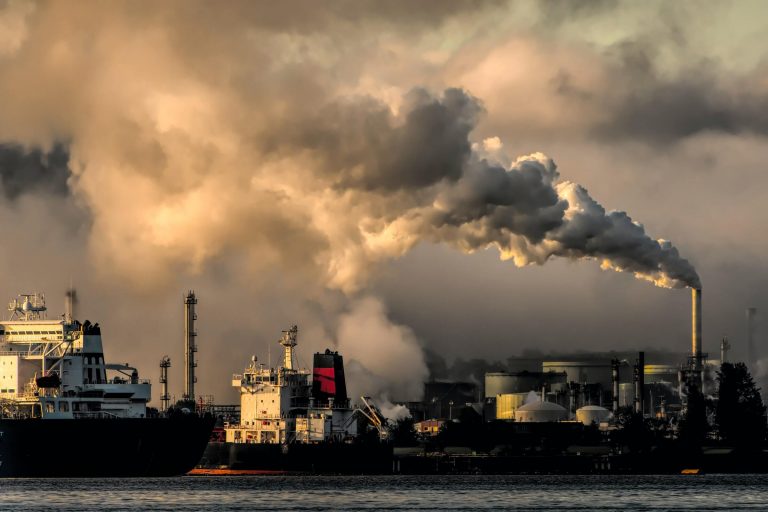